This is a story that Robin sent to us about his time in Ios Greece in the spring of 1971. Read about how the island was back then. If you like to share your story about Ios then use the contact link above. 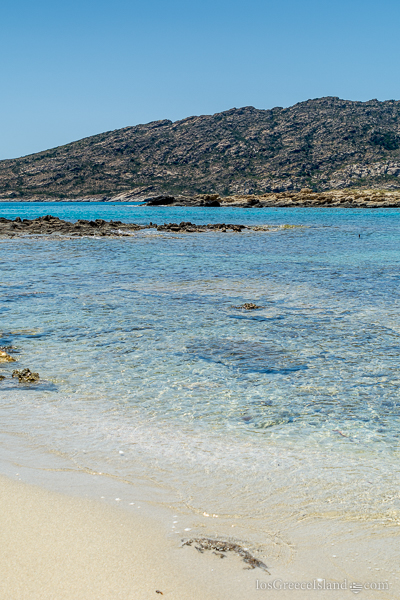 I am very excited to come across this website because in 1971 I had a most amazing 4 day stay on Ios. At the age of 21, I spent a year attending the University of Edinburgh. Having finished coursework by April, a friend and I set off hitchhiking around Europe. Through the hitchhiker’s grapevine we heard about Ios and took the ferry which stopped at several islands along the way including the more well known Santorini. However, we held out for Ios.

We arrived at a little dock. There were no roads at that time and no tourism to speak of. First night we spent at the home of a local woman who lived just off the wide white stairway up to town. Everything was amazingly white and sleepy. She sold hand-knit fisherman net sweaters for all the young hithchikers that were hanging out–$10 each and I still have it today–the warmest and most sturdy sweater I have ever owned. The other 3 nights were spent on the beach and in the caves that were written up in Life Magazine. I was not one of the subjects of that story about hippies but I was amazed to learn that it had become so infamous. The place was totally undeveloped. Gleaming white sand and clear blue water under the blazing sun during the day. Drinking ouzo and retsina and roasting pig on a spit on the beach at night.

There was one hotel at the far end that was the “ritzy” part of the beach and then the rest of us roughing it on the beach and in the caves at the other end. What an experience. We were young, full of adventure, with no responsibilities and living on almost no money and the camaraderie was stupendous. So sad to hear about how built up it has become.

Thank you Robin for sharing this your story with us. If anyone else like to share their story about Ios Greece then use the contact link above to send it to us.