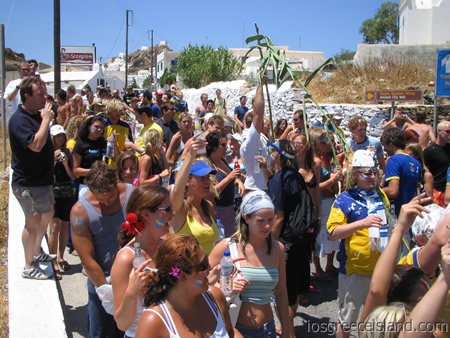 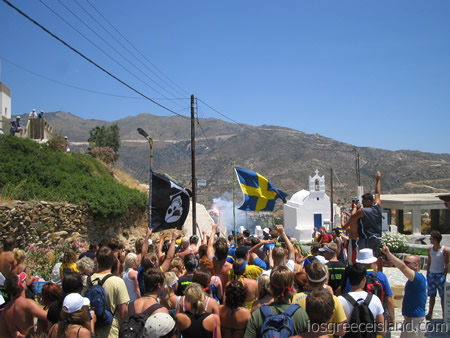 The Swedish Midsummer Party in Ios Greece is legendary. It starts before noon at Flames Bar and the main square of Chora with drinking in the narrow streets and in the pubs. Later, in the early afternoon, the crowd will walk down to the beach together and get ready to attack Far Out Club and continue the partying there. The parade of celebrating people will fill up the road as it makes its slow progress towards the Far Out Club on Mylopotas Beach. The crowd then comes together outside Far Out Club, before everybody runs in to Far Out filling its outdoor dance floor with happy people celebrating the Swedish Midsummer Party on Ios Greece. The party continues on Far Out into the night when it moves up into the village again as of every night on Ios. At the end of the night you will probably end up at your hotel or someone else if you get lucky.

Do only people from Sweden celebrate this party in Ios?

Some of the people that celebrating the Swedish Midsummer, or Midsommarafton as it is called in Sweden, is from Sweden but many are from other countries. When it comes to the Midsummer feast on Ios everybody is welcome to join in on the fun so you do not have to Swedish or Scandinavian to paint your face blue and yellow, the colours of the Swedish flag, and become Swedish for a day. 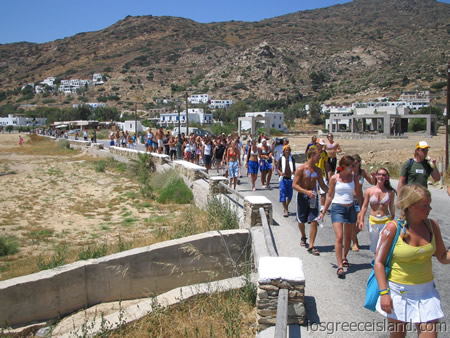 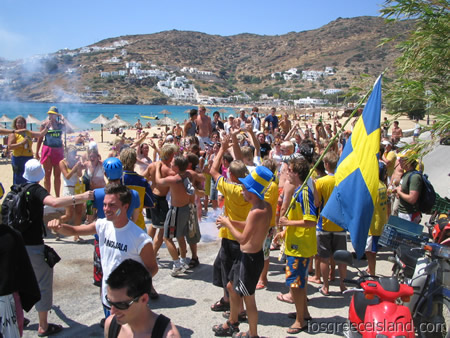 The crowed is gathering outside Far Out getting ready to attack

On what date is the Swedish Midsummer Party 2020 celebrated?

So when is Midsummer on Ios? Well the dates changes every year but it is always on a Friday between June 19 and June 25.

The midsummer party goes on all afternoon 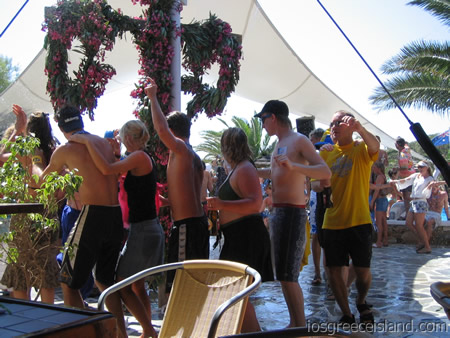 Dancing around the maypole at Far Out Club